“The Milanese essence is the attitude, be that innate or acquired, to distinguish the useful from the useless. Being ambrosiano* is a philosophy consisting in the cult of efficiency paired with decorum,” said Alessandro Manzoni, son of a noble Milanese family, writer of the first ever Italian best-seller, and man of exquisite taste.

He was a pearl and Milan was his oyster. At the time when Manzoni wrote, Milan was blooming, heart of a blossoming economy, center of culture, home to writers and painters. And architects. In fact, this essence of Milan that Manzoni was able to sum up so well, is still embodied today in its entryways, planned by the most famous architects throughout the latest two centuries, until today: a triumph of marbles and stones of the most various colors and provenances, hidden oases of granites and sandstones, exclusive and yet welcoming shelters from the chaos of the city. “Vitrum” (in Latin, “glass”) is a lamp that incarnates in glass the discreet charm of this juxtaposition of materials. The descending V-shaped silhouette of the textured glass, hinting to the product’s initial, is contrasted with the glossy fixture of the metal support. Within the glass, a metallic band contains a line of led lights delicately spreading a soft light, while creating refractions and shadows on the wall. “Vitrum” is conceived to bring the refined, and yet relaxing atmosphere of a Milanese “salotto” to indoor environments. “Vitrum” is available in two versions: as wall and as pendant lamp. 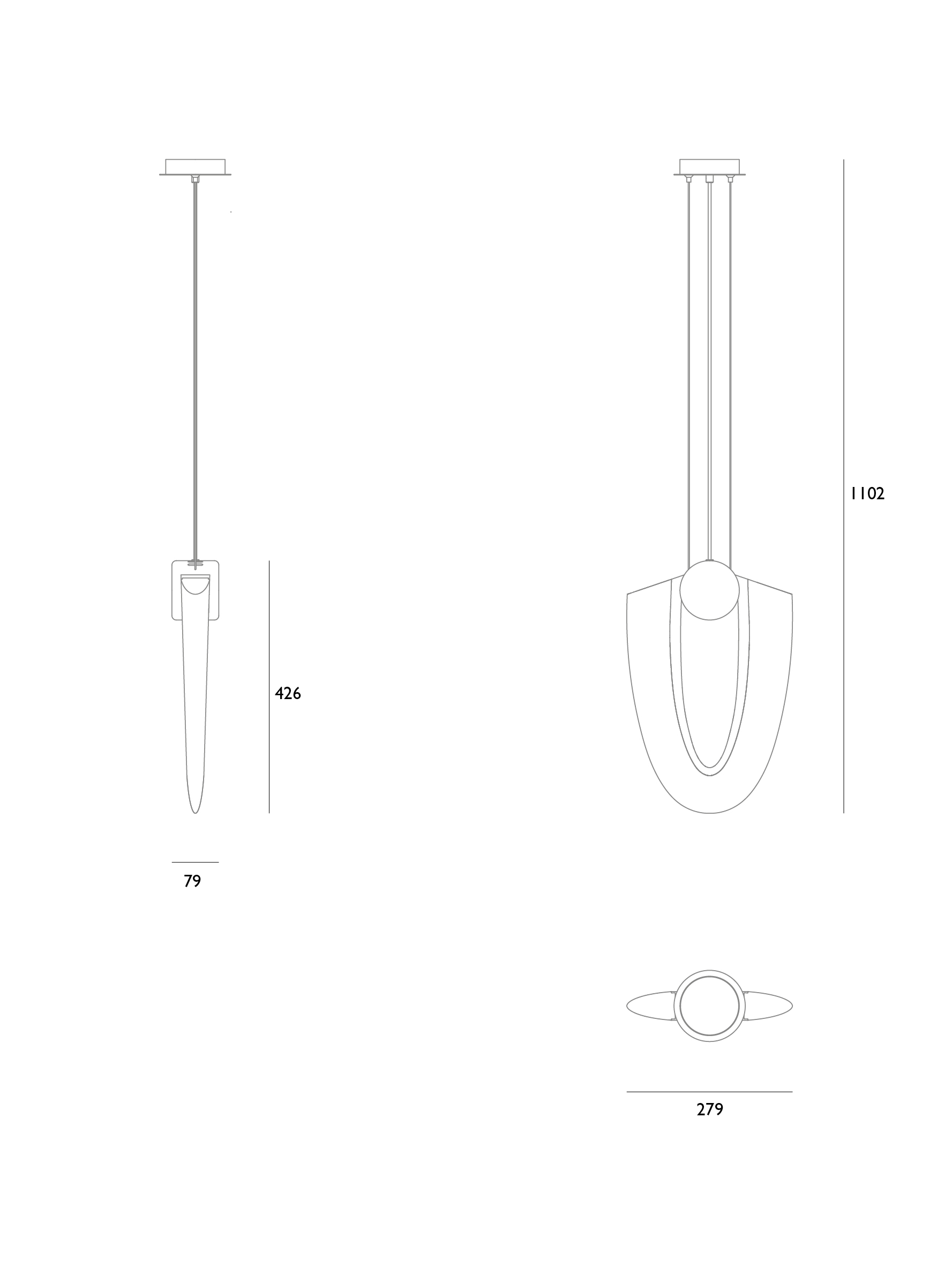