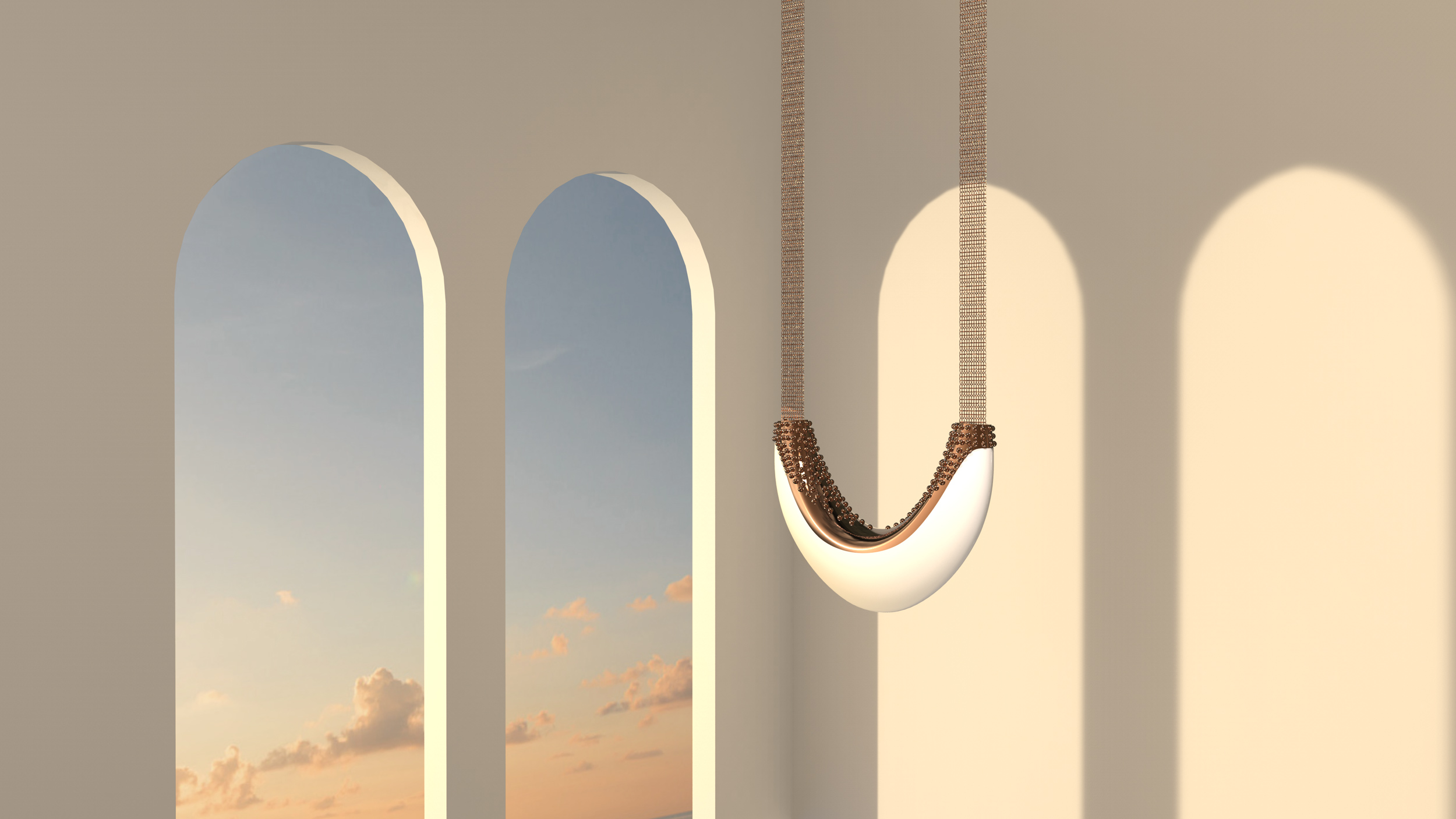 The poet Virgil narrates that the beautiful Greek future-teller Manto was offered to the king of Delphi as a gift. But she was so graceful that the god Apollo himself claimed her as his own priestess.

“Manta” is a suspension lamp that floats between mythical past and future: its ancestral feminine lines are shaped in a light polymeric mold. “Manta” is the family of lamps that brings to the room glimpses of the coming times, available in two versions.

In a first suspension version, the light crosses a smooth white shell. The top metallic part presents little golden spheres that recall the ancient technique of gold welding. This version of “Manta” hangs on golden chains that echo the finish of the metallic segment.

A second version, also a suspension lamp, features a lined white shell. In this case, the golden finish is smooth and chrome-plated, emphasizing Manta’s elegant curves. 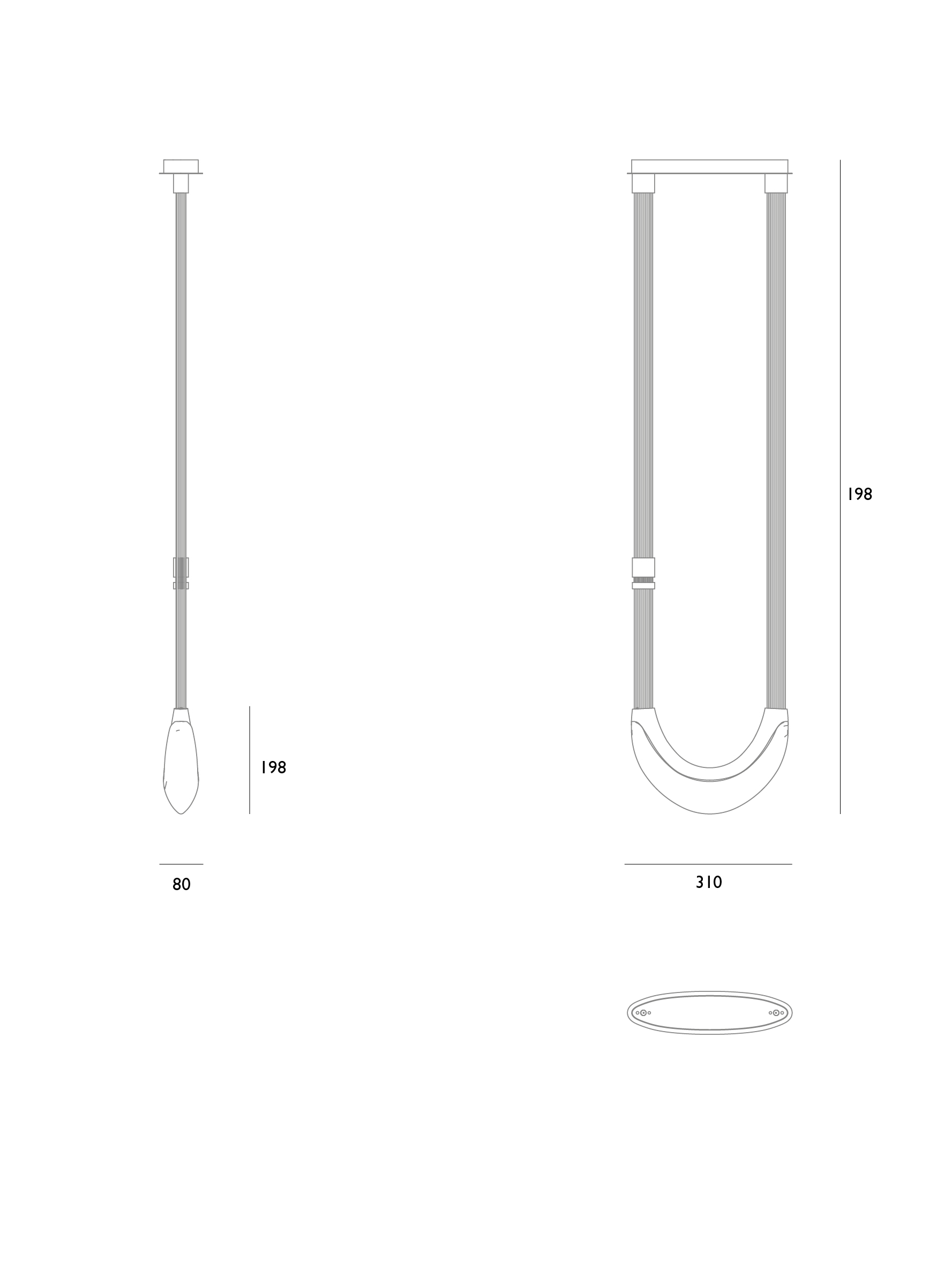