Abisso is a word coined in the Italian language in 1272 to indicate the body of water lying at the deepest layer of the earth, believed to be the center of the universe.

It was the abyss, the core of the whole world, where the life as we know it began, and yet it was unreachable, remote, a dream that scientists and philosophers tried to describe.

“Abisso” is a lamp that maintains in itself the mystery of that primordial water; the absolute central role of glass creates an effect of timeless wonder.

“Abisso” is composed of two elegant glass bodies each containing an individual light bulb. The glass is sandblasted within – once the light is on, the texture creates fascinating atmospheres that echo marine depths. 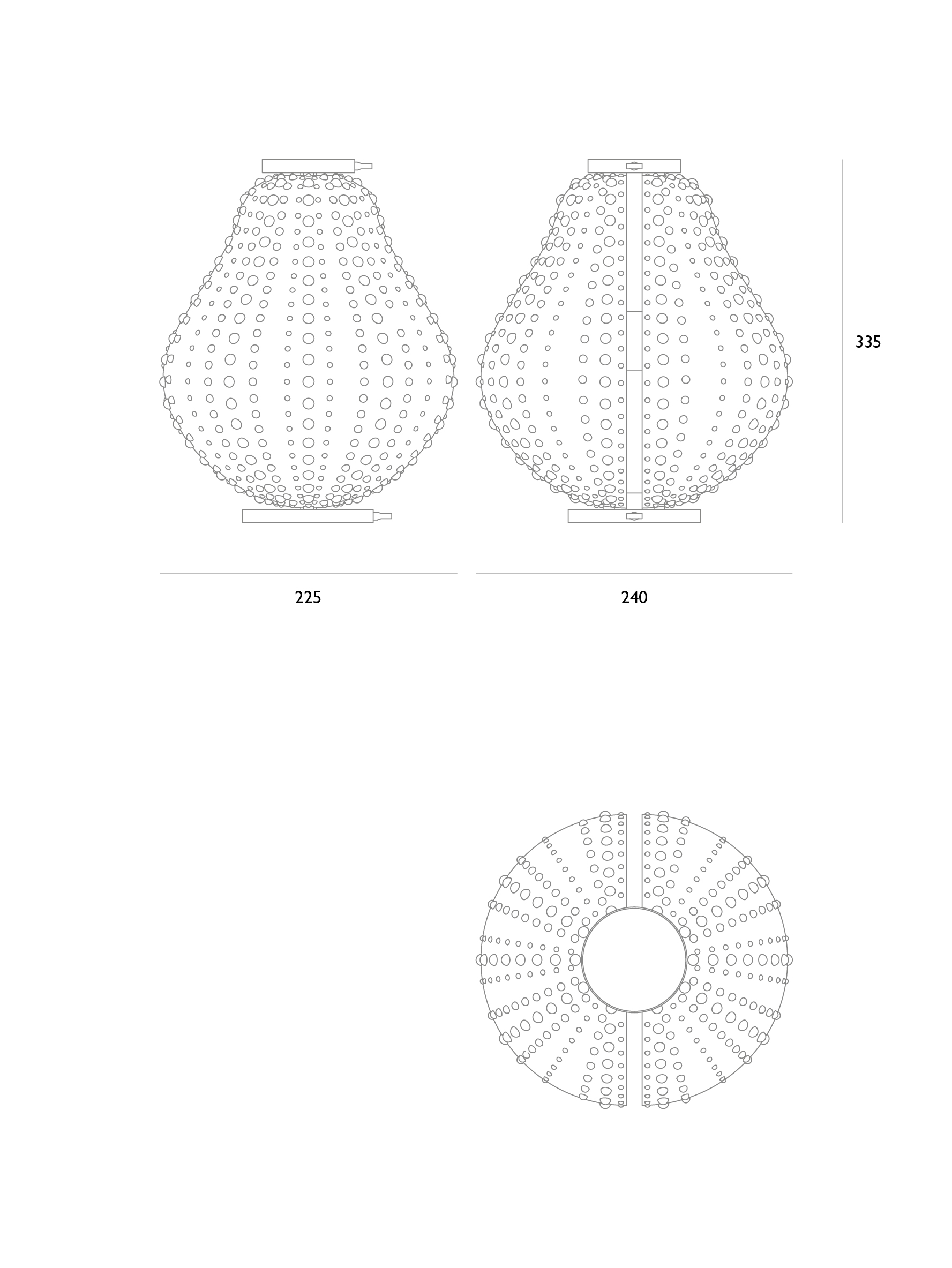